THE FOUNDATION OF THE SPC EDUCATION MINISTRY 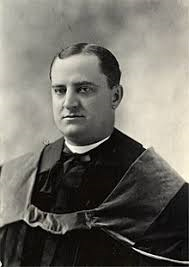 The mission of the Sisters of St. Paul of Chartres in the Philippines was a response to the invitation of Bishop Frederick Z. Rooker for the former to help in the “preservation of faith” in the Philippines, particularly in Dumaguete.

This is an echo of the founding mission of our Founder, Fr. Louis Chauvet, who educated and evangelized the children of Levesville. As a teacher, his greatest desire of teaching the children how to read and write came from his zeal to enable them to know the Gospel- Jesus Christ, and for them to be able to actively participate in the liturgical and parish activities, and to uplift their human and spiritual condition. 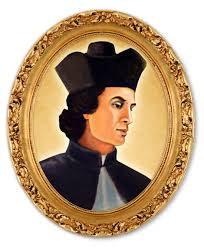 “History tells us that on April 28, 1695, the seed of a Religious Project took root in his heart and mind when he rented out a land for the support of a school mistress. Henceforth, the foundation of a Teaching Religious Community had ceased to be simply a dream. Soon, amidst the skepticism of some opposing souls, Fr. Louis Chauvet sought means and assistance to transform an obscure farming village into a basic Gospel Community.”

Fr. Louis Chauvet: “I have no greater blessing than to hear my daughters walk in the Truth” 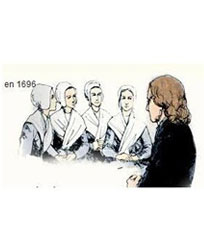 God in His love has gifted us with a founder who was a holy priest, a theologian and teacher; a missionary of charity who lived the Gospel in an authentic manner.

He gave attention to restoring reverence to God and the things of God in the Liturgy and the Celebration of the Sacraments; and oriented and promoted a true devotion to the Blessed Virgin Mary.

The transformations that he brought about in Levesville revealed his delight for beauty, fineness and order.

His dedication and zeal in his ministry brought changes to the life of the parish as a community.

His passion for Christ and keen observation to the signs of the times led him to respond to the situation with burning compassion for the poor, the ignorant and the suffering.

His youthful presence brought a touch of newness with fine quality to the drab and ordinary life of the villagers.

M  arie Anne de Tilly from being the dutiful, silently suffering elder daughter of a landed, penniless country nobility to become the teacher-formator of his first recruits. Fr. Chauvet guided her to brave the threats of her stepmother, to live in community with peasant girls and become the second superior. She will always be remembered by her inspiring statement worthy of emulation: “I have left the world, to give myself to God, for the good of the Church and service of neighbor.”

Marie Micheau who had never known the existence of a school in all her 17 years was transformed to be a good learner and be the First School Mistress and Superior of the School in 1700.

Barbe Foucault , formerly a domestic employee in a rich Farmhouse, transformed her shyness into tranquil daring, to become successively a hospital nurse, a Superior and in 1717, as the First Elected Superior General of the SPC Congregation.

From the example of the first three Sisters, Marie Anne de tilly, Marie Micheau and Barbe Foucault, transformation came from the heart.
IT CAME FROM A DEEP FAITH, A STRONG RESOLVE MADE FIRM BY TRIALS AND PATIENCE IN SUFFERING – THE PASCHAL WAY. THEY WERE FORMED IN THE SPIRITUALITY OF THE MOLD OF FR. LOUIS CHAUVET – OF THE MOLD OF CHRIST.

Their formation and transformation into Christ’s disciples led to the Foundation of the Congregation of the Sisters of St. Paul in 1696, the opening of the First School in 1700 in Levesville, and from there, to the world.